Public Policies for Tourism in São Luiz do Purunã 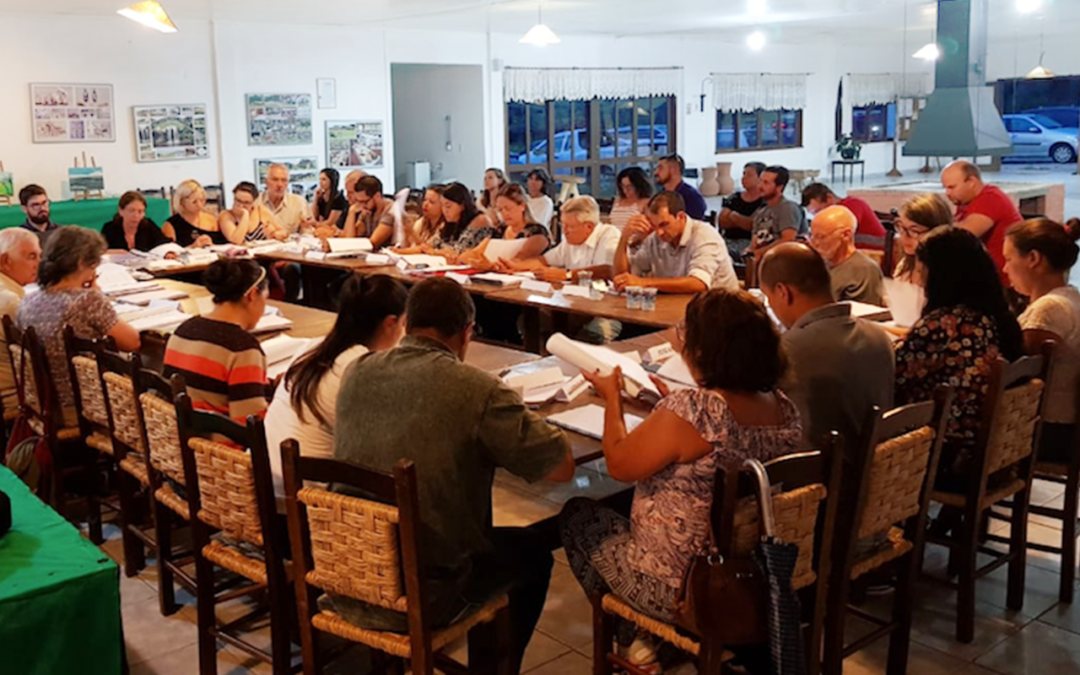 Public Policies, when thought and applied for the benefit of the growth of society, are powerful allies to ensure that people and regions continue to advance towards development. Examples of important Public Policies are the Master Plan and the Tourism Plan, which exist to guide possibilities and define improvement methods for daily practices, in order to provide benefits to people and their cities.

In fact, did you know that, here in Brazil, the bases that guide the planning of our cities are established by Estatuto da Cidade – as indicated by the Law nº 10.257/2001? By the way, this issue is so important as to be considered a major milestone for the development of cities, since it has its principles and bases established by the Constituição Federal de 1988.

The City Statute is responsible for establishing the rules of public order and social interest.

However, in order to promote more localized actions in favor of the expansion and improvement of the regions, the City Statute determines the creation of the Master Plan, which is a basic instrument of the development and urban growth policy. In other words, the Master Plan is the document responsible for directing the municipalities towards the development and strengthening of their activities, both in economic, physical and social aspects.

How does a Master Plan work?

A good definition for what a Master Plan is we find in the work of Professor Flávio Villaça, from the University of São Paulo (USP):

“A Plan that, based on a scientific diagnosis of the physical, social, economic, political and administrative reality of the city, the municipality and its region, would present a set of proposals for the future socioeconomic development and future spatial organization of the uses of urban soil , infrastructure networks and key elements of the urban structure, for the city and the municipality, proposals defined for short, medium and long terms, and approved by municipal law.”

Regardless of how the development of the city is, it is of direct interest to the population, it is mandatory that during the process of perfecting and building the Plan, there is popular participation.

From the definition of the Plan, determinations are included which, among them, act:

Organized development from a well-structured city

Through a partnership between the Purunã Institute, specialized consultants in the subject, the Community, the Legislative and Executive Branch of the Municipality of Balsa Nova, we contributed to the revision of the Master Plan to obtain a solid and favorable basis for strengthening tourism and rural development. In order to make tourism a source of income for the community and the municipality, organizing a productive and entrepreneurial system, without giving up the quality of life of the population.

Throughout the process, we sought to value the particularities of the city and the potential of each of its districts, with the objective of empowering and strengthening the region for the practice of sustainable tourism.

After being reviewed by a multidisciplinary team and with the participation of the community, the Plan that will guide the direction of the Municipality for the next 10 years was published in an official diary and became effective on 02/24/2019.

The Master Plan is available for download at link.

But we didn’t stop there! After the Master Plan was approved, we started the process of building the Tourism Plan, which is in process to compose the law that makes it official as a sectoral and strategic document with a vision of the future for the Municipality.

Understand what is the Tourism Plan

Instituted by the Ministry of Tourism, the Plan consists of a document that establishes strategies and guidelines for the implementation of the National Tourism Policy. Its main objective is to order public sector actions, guiding the State’s efforts and the use of public resources for the benefit of tourism development. The Municipal Tourism Plan is a document that brings together the main guidelines and strategies for the development of local tourist activity.

Importance of the Tourism Plan for São Luiz do Purunã

The Campos Gerais comprise the region of clean fields and natural closed fields located on the edge of the Second Planalto Paranaense. Stands out the regional relief  Escarpa Devoniana, the Canyon do Guartelá and other notable sites, some of them objects of conservation units. This is the case of Vila Velha, Guartelá, Cerrado and Monge State Parks. This set of cities, towns, nature and people has unique conditions for the formation of a narrative that aligns actions aimed at conservation and sustainable development.

The orientations and guidelines proposed by the Tourism Plan for the municipality of Balsa Nova had Geography / Geology as the guiding thread due to the fact that 70% of the municipality is inserted in the Devonian Escarpment APA, which provides a unique scenic beauty and the History / Culture due the tropeiro movement which left as a legacy the creation of horses and customs that are still maintained today.

As in the Master Plan, the construction of the Tourism Plan was carried out by many hands, with the aim of building, a common vision on tourism activity and rural development as a municipal development strategy, different instances of participation were carried out. The main objective was to bring legitimacy to the content produced in the plan, as well as to involve the community so that it truly participates in the process and can enjoy its results.

The Purunã Institute believes that if the community recognizes its differential, appropriates it and values it, the tendency is to strengthen feelings of identity and citizenship and favor preservation with the understanding of heritage as a source of local income.

The Plan presents a diagnosis of tourist attractions and the existing infrastructure, an analysis of the environment, punctuating weaknesses, strengths and threats, a vision of the future, combined with the vocation of the place, the priority tourist segments and necessary products, in addition to a vast action plan containing objectives, strategies and actions, being:

Objective 2 Preservation and Valorization of the Historical and Cultural Heritage

Objective 4 Promotion of the local economy

Objective 7 Implementation, structuring and diversification of the tourism offer

Objective 8 Establishing of public policies and partnerships in tourism

All the activities developed in the plan and aimed at tourists, are able to contribute directly to social transformation, through the generation of work and income. In addition, it is clear that the cultural identity of the destination is increasingly capable of differentiating it and making it more competitive in the tourist market, nationally and / or internationally.

Once instituted as a law, the Institute’s efforts will be focused on carrying out actions foreseen in the Plan with the objective of making São Luiz do Purunã a reference in the development of sustainable tourism, being good for those who come and even better for those who stay!