Sustainable development: from field to table 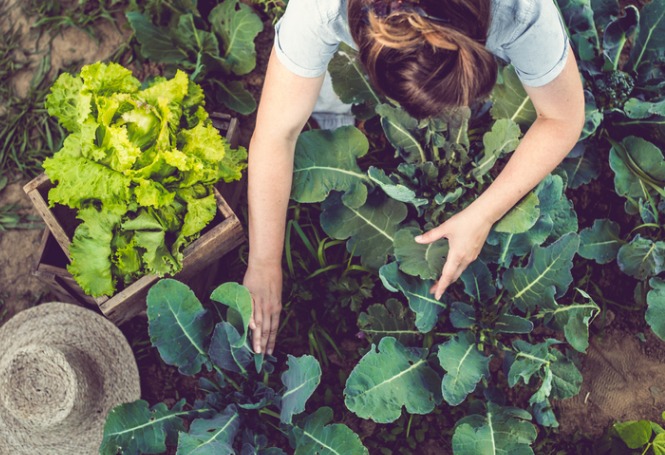 Due to busy schedules and lack of time, we are constantly exposed to fast-food with artificial flavors and colors, full of preservatives, containing high levels of pesticides, among other components that can be harmful to the human organism, as well as to fauna and flora and water resources.

Against this, the Responsible Gastronomy is a movement that invites us to rethink the way we consume, produce and discard food, changing our business conduct. After all, in this area, the adoption of sustainable practices is increasing every day, which lead to changes in operational management, logistics, production cycle, energy use, origin of products, harvests and seasonality, regionality of raw materials, waste, destination of waste and even in the composition of the menus of the establishments.

There are some important points that should be considered as we decide to adopt sustainable practices within gastronomy. Check out how each principle effectively contributes to biodiversity protection and sustainable development.

1. Use of Organic Ingredients

Producing organic foods is possible by structuring an environment adapted to make the most, with awareness and respect, the natural resources of the environment. These products are not exposed to pesticides and chemical fertilizers, which prevents contamination of water resources and soil, and provide health benefits.

The organic producer respects social and cultural relations and takes special care not to destroy or erode the soil.It also values biodiversity: it does not irregularly deforest new natural areas to convert them into pastures or plantations and complies with environmental legislation, which ensures the protection of mandatory natural areas that must exist within a rural property.

Thus, due to the proper use of natural spaces, organic production promotes very relevant ecosystem services, such as: pest control, increased productivity of some crops – such as onions – and also pollination (a process that ensures fruit and seed production through the reproduction of various plants, being one of the main mechanisms for maintaining and promoting biodiversity on Earth) .

All of this, besides helping to conserve water resources, the landscape, geological stability, biodiversity, the gene flow of fauna and flora.

2. Use of regional products

The transport of food generates the emission of carbon dioxide (CO2), one of the gases responsible for global warming. The longer the food travels from the place of production to the consumer’s table, the greater the emission of this gas. In addition, long-distance travel often requires cooling, which results in increased energy consumption, and involves other actions such as adding chemical inputs to increase product durability, packaging reinforcement or even the loss of food quality.

The intensification of gas emissions responsible for climate change is a reflection of human actions. The two main sources of anthropogenic greenhouse gas (GHG) emissions, such as carbon dioxide, are the burning of fossil fuels and the deforestation of tropical regions such as the Amazon.Brazil is among the top five GHG emitters in the world, according to the European Environment Agency.

Although Brazilian emissions come mainly from deforestation and burning, the burning fossil fuels (oil, natural gas and mineral coal) – especially by the energy production (thermoelectric), industrial and transportation sectors (cars, buses and airplanes, etc.) – it also contributes to the country’s high position in this ranking.

3. Do not use endangered species

The consumption of endangered species contributes to their disappearance in a short time, causing negative impacts on the entire ecosystem. This is the case of juçara heart palm (extracted from juçara palm), and Brazil nuts. The use of these species should only occur when there is evidence of responsible origin, ie that the product has been managed, cultivated or reared under control, those resulting from illegal extractivism, ie taken directly from nature without any control, should be excluded.

The pine nut, Araucária seed – tree symbol of Paraná and endangered – needs the release of the Environmental Institute of Paraná (IAP) for consumption. This occurs so that the plant has the ability to reproduce, feeding the animals and to allow seed dispersal, ensuring the perpetuity of the species.

Another important caution is to buy only fish that have complied with minimum catch sizes and closed periods when fishing is prohibited.

The more resources are wasted, the more resources must be taken from nature. Since natural heritage is finite, the overconsumption of modern society has been the main pressure on biodiversity. Currently, it takes about 25% more resources than nature can replenish (according to the Living Planet report, developed by World Wild Life), what begins to deplete natural resources and interfere with renewal processes, so the full use of food in a recipe (including bark, stems, leaves and seeds whenever possible) is a factor of utmost importance.

A good example of this is cooks who use vegetable peels and shavings to cook vegetable broths that can be applied in various recipes. This is a way of making the most of what each food offers, as well as seasoning other dishes in a tasty way.

The Kitchen Chefs Gabriela and Celso Freire, of Celso Freire Gastronomy, held, with Purunã Institute, Responsible Gastronomy workshops to show children and adolescents in the region how to use these concepts in practice for the development and enhancement of the São Luiz do Purunã district.

Want to know a little more about this activity? Watch the video: