The Legend of Araucaria 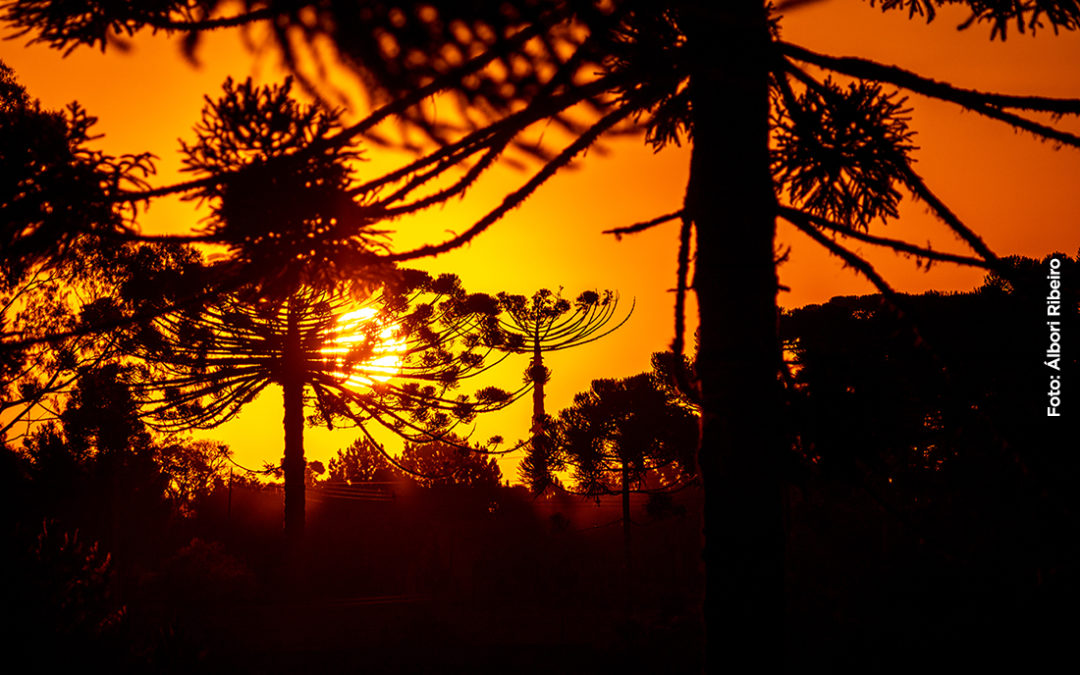 Many, many years ago, when Paraná was covered with forests and forests (and it wasn’t even called Paraná), many indigenous tribes lived here. They called the region of the fields on the mountains of Paiquerê. There was never in every Paiquerê an Indian like Curiaçu. He was taller and stronger than anyone in his tribe. His companions admired him and his enemies feared him. Curumins wanted to be like him. Curiaçu was unmatched in fishing, with such precise aim that he caught any fish he wished. Strong and brave, he hunted like no one else. He never let his tribe lack food, but he liked to hunt alone. Despite being very large, his steps were long and silent, and his movements, very light.

One day, Curiaçu went on one of his hunts. He went into the woods following the tracks of a jaguar. He sensed that something was leading him towards the beast. He was sure of that when he saw Guacira, daughter of the enemy tribe’s shaman in the distance, who was looking for and collecting healing herbs.

The jaguar approached the girl and, when she realized, it was too late to escape. She felt that her end had come, for the jaguar jumped in her direction.

Faster than his thoughts, Curiaçu armed himself with his bow and released a quick arrow, fatally striking the beast. Guacira got scared, and ended up passing out. Curiaçu ran to her, picked her up and carried her to the river. Carefully, he wet the beautiful young woman’s face to wake her up. Upon awakening, the two exchanged passionate looks.

However, something surprising happened. A warrior from the Guacira tribe saw that scene from a distance, recognized Curiaçu and thought that the shaman’s daughter was being abducted. Then he called his companions, who surrounded Curiaçu and started shooting arrows at the boy. As a great warrior, he fought bravely and managed to escape, taking Guacira with him into the woods. But his body was pocked with arrows from the waist up. Weak and feeling that his strength was coming to an end, he asked Guacira to hide his body, as he did not want to be found by his enemies. She found a hole in the ground, hid Curiaçu and covered him with leaves.

Returning the path she had taken with him, she noticed the drops of the warrior’s blood scattered on the floor. She tried to hide them and erase the tracks.

When the warriors left and there was no more danger, Guacira tried to find Curiaçu to use all the herbs she knew to heal her beloved. She searched and searched, but never found him again.

Some time later, in that exact spot, a huge, beautiful tree appeared, with a dark brown trunk, like the back of an Indian. Its branches looked like arrows stuck in the trunk. That was how the first Araucaria appeared, the Paraná pine.

Tupã took pity on the Guacira Indian and turned her into the Azure Jay.

Since then, every time the pine nuts fall to the ground, the Azure Jay, thinking that they are the drops of blood of Curiaçu, tries to hide and bury. She never finds them again; just as the body of Curiaçu was never found when he was an Indian.

From the buried pine nuts, other Araucarias were born, thus forming immense and beautiful forests in Paiquerê.

Source: Legend of Paranaense Folklore in the version of Maria Fernanda Campos.