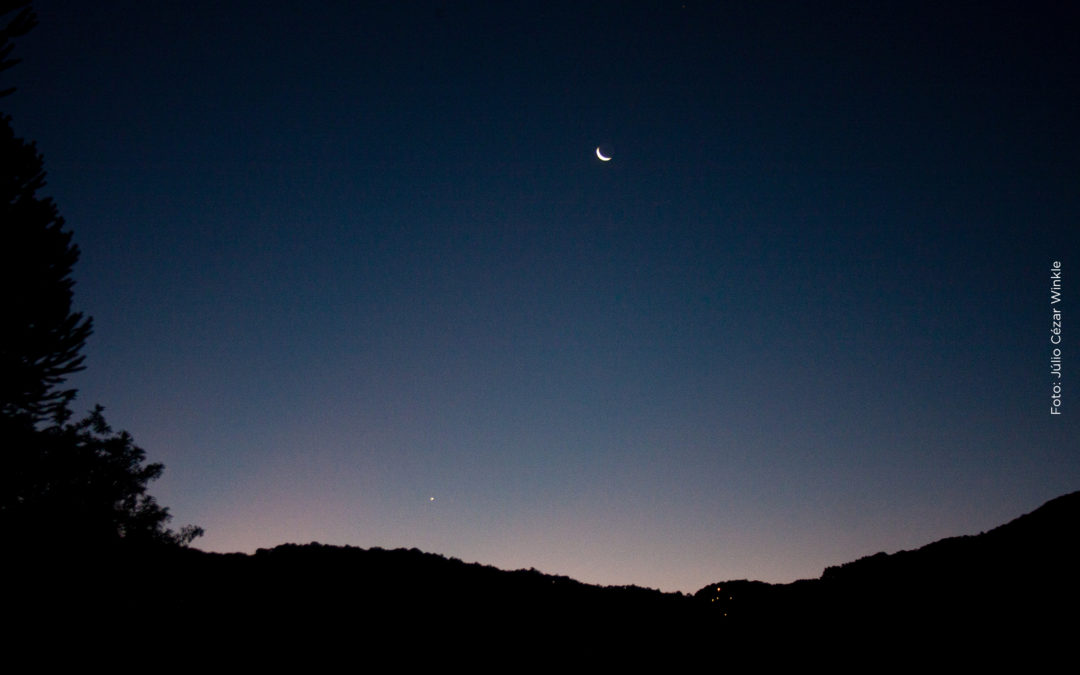 The pleasure of contemplating the night sky in all its fullness is something that is not accessible to those who live in cities. Only a few celestial bodies with more intense apparent brightness, such as the Moon and the planets, and the more luminous stars, such as Sirius and Canopus, stand out in the not-so-dark urban sky, which makes it less interesting to possible observers.

This was due to the development of several technologies and in particular artificial lighting and the use of fossil fuels. Artificial light has enabled us to make incredible advances, extending the time when various activities can be developed and also increased security for everyone. The burning of fossil fuels propelled machines that built the contemporary world in which we live, however, these two phenomena stole the sky from those who live in cities.

L.P. (Light Pollution) is characterized by the light emitted upwards, which when reflecting in the atmosphere obscures the vision of those who look at the sky and prevents the stars from being observed. It is as if someone turns the beam of a flashlight towards our eyes, we would see nothing but the light of the flashlight, this is what happens with the light that we inadvertently emit towards the sky.

In addition, the accumulation of gases, such as CO2 and also particulate matter, increases the reflection of the atmosphere, making it even more difficult to observe low-light stars, especially in the dry season, when these artificial components tend to accumulate on the cities, making the sky opaque, even without clouds.

It is important to alert those living in the countryside to the need to plan their lighting system in order to minimize the portion of the light emitted towards the sky. Many cities and localities, with emphasis on those with a tradition in astronomical observation, are directing efforts to create legislation that regulates artificial lighting and reduces LP.

A negative and widely used example is the white globe on a pole, which can even be decorative, however, most of the light is emitted directly upwards, contributing to increase light pollution and reduce the beauty of the night sky. Therefore, in order to preserve the sky in rural areas, especially in places where population densification has been occurring, it is important to always be aware of the types of reflectors to be used and make sure that the light is really focused on what needs to be illuminated, that is, the floor.

The following is an illustration that compares different types of reflectors and their efficiency in reducing the LP.

Since we are writing about the importance of preserving the beauty of the sky, we will leave here some tips of astronomical ephemeral events that will occur throughout the month of April, for those who enjoy the countryside sky to contemplate.

The April Sky in São Luiz do Purunã

The Full Moon occurs on April 7 when it is born at 18:14 hours to São Luiz do Purunã. Another Super Moon, the biggest of the year.

The great highlight of the sky right after dusk will be the planet Venus, also known as the Dalva Star, with a very intense apparent brightness towards the west.

On the 26th of April the New Moon joins the planet Venus in the west, giving a beautiful spectacle.

For those who like the early mornings, on April 15th, Jupiter, Saturn, Mars and the Moon join on the rising starting at Midnight. The three planets will be in conjunction, appearing to be close. These planets will be born earlier each day, being present throughout the winter.

How about taking advantage of these tips and watching the sky in April? But remember: from your garden, your balcony, your window! We will all protect ourselves and respect social isolation, so that soon we can be together, making new observations and new discoveries in São Luiz do Purunã.

Good sky for all!

This article was written by Julio Cezar Winkler, professor of Geography, Master of Astronomy Teaching at IAG / USP and resident of São Luiz do Purunã.