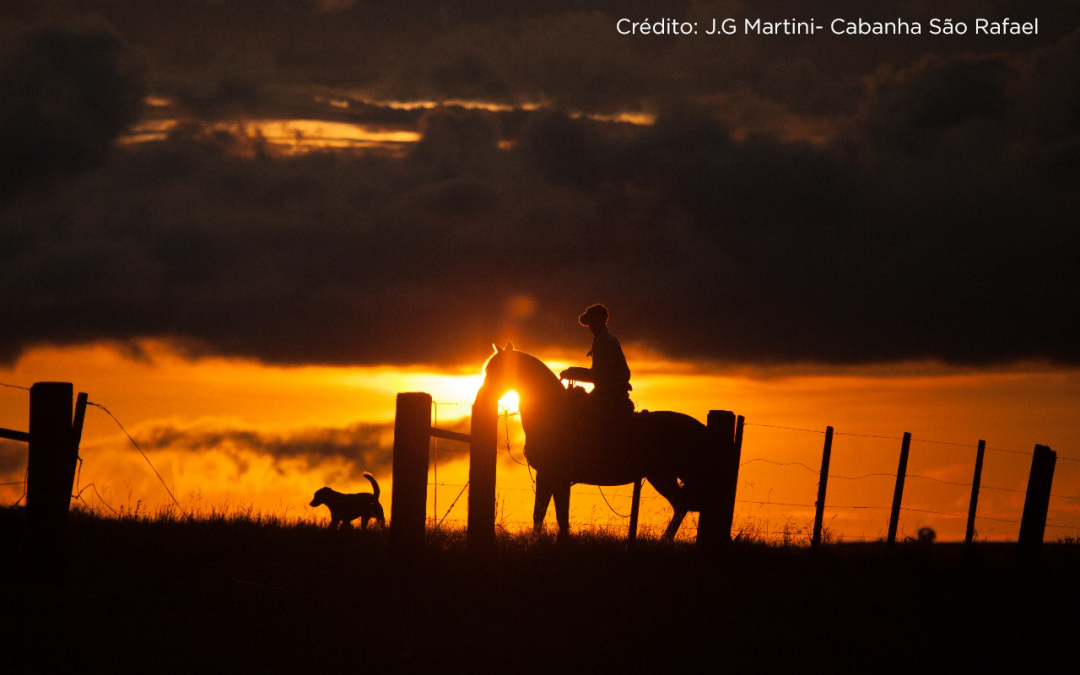 The tropeirismo appeared as a new commercial activity with the purpose of promoting the interconnection of the economic centers of Brazil. Imported goods and food were brought on the backs of mules and horses that cut several trails capable of integrating different points of national geography. When they did not take advantage of the roads long opened by the indigenous, the tropeiros had the job of clearing the virgin forest for the creation of new routes.

For this reason, in the 17th and 18th centuries, tropeirismo represented great importance for the strengthening of the economy and growth of life in rural spaces and small cities, especially in the south of the country, due to the way the trips were carried out – in horse caravans.That is why it is important to emphasize the value of these animals for the tropeiro movement, after all they were responsible for transporting the heaviest loads, in routes that are still difficult for traffic on foot.

In this way, those responsible for the handling of animals and other goods, came to be called tropeiros, these were travelers who transported herds of cattle and other products, such as spices and seasonings, with the purpose of marketing them, in the South, Southwest and Midwest regions of Brazil. Even with the expansion of the tropeiro movement throughout the national territory, its origin and main traditions carry strong landmarks and traits of the gaúcha culture, like the clothes: ponchos, hats and boots, even food and vocabulary.

In Paraná, the history of the tropeiro movement is a major milestone, present in our cultural heritage. In fact, countless cities in the state are part of the well-known Rota dos Tropeiros and for this reason, they carry in their roots some habits that have overcome the years and remain current in their daily lives. Examples of these municipalities are Campo do Tenente, Campo Largo, Carambeí, Castro, Palmeira, Lapa and, birthplace of the Purunã Institute, the São Luiz do Purunã district.

Main Traditions of Tropeirismo In Paraná

The strength of the tropeiro past in Paraná is expressed in different areas of what we do, dress, talk and eat. Even people who do not know much about the movement itself, certainly at some point in life have already had contact with elements of this culture so rich and present in our state. Therefore, let’s talk a little more about some important customs and inheritances that we carry in our history and that are the fruits of the tropeiro movement. Check it out:

Much of the vocabulary of the tropeiros, which in certain situations is still reflected in conversation circles, originates in the traditions of Rio Grande do Sul. After all, one of the main and most used routes had as its starting point Viamão-RS, this becoming the name of the path that started from the South and reached the city of Sorocaba-SP and which was previously called Caminho dos Conventos.

We have separated some words that make up the tropeiros’ way of speaking to illustrate this issue a little better.

Barbicacho: Cord that goes under the chin to hold the hat on the head.

Biriva: Name they gave, in Rio Grande do Sul, to people from São Paulo and Paraná, in charge of buying horses.

Gaudério: Man from the countryside, who works with horses.

Russilhona: Are the high boots, suitable for mounts.

Vaqueano: A person who already knows the way to his destination.

The tropeiros had a hard and very variable life in every way. Traveling a lot, sometimes for weeks or months, made it necessary to use simple, practical and quick solutions for everything, including food. Part of this knowledge permeates our society to this day.

The tropeiros’ food was simple and practical, but with a lot of “sustenance”, due to the heavy work and the difficulties in storage and transportation. The basics were always to have beans, rice, dried meat, salty bacon. As side dishes, cassava flour, salt, garlic, coffee and corn flour or canjiquinha.

Almost always, the task of taking care of food and cooking for the troops was the function of a more experienced person, who, early in the morning, woke up and put the beans to cook, on a trivet, an iron tripod, and under which put the pot on the fire. After the baked beans, coffee was made and the bacon was fried in a large pan.

The breakfast was almost always composed of flour, beans with cooked meats and coffee, to accompany. Around noon, stop for lunch, when the beans cooked in the morning, could be enriched with meat, flour and, eventually, kale. In fact, this is the tradition that gave rise to the celebrated Feijão Tropeiro.

Curiosity: chimarrão is also part of the tropeira culture

Always present in the daily life of tropeiros, chimarrão was the typical drink of Rio Grande do Sul, Santa Catarina and Paraná. And, despite originating from the Guarani Indians, the bitter mate (as it is also known) is part of the tropeiro traditions and saw in the movement a way to reach other locations outside the south of the country.

We have also prepared some tips on how to prepare a good chimarrão. Check it out:

Cheers to the tropeira culture in São Luiz do Purunã

Here in the district of São Luiz do Purunã, the appreciation of the gaucho and tropeira culture are essential factors to keep traditions alive and cultivate the roots of our ancestors. From establishments inspired by tropeirismo, restaurants that serve delicious typical food, to spaces and places suitable for horseback riding, we see in our culture an opportunity to further enrich the experiences of tourists who visit here.

Access the website Visit Purunã and plan a trip to our region. We’ll be waiting for you!